The Truth About Concussions

Headlining almost every week, often professional athletes get hit too hard and they wind up with a concussion. But when it comes to your own child on the field playing for a youth sports team, what are the consequences? What’s the truth about concussions?

“Every time you get a concussion, there’s some effect on the brain that doesn’t go away,” says Dr. William Meehan, a member of the American Academy of Pediatrics’ Council on Sports Medicine and Fitness, and director of the Micheli Center for Sports Injury Prevention in Waltham, Massachusetts. “Concussions have a cumulative effect.”

The Centers for Disease Control and Prevention define a concussion as a type of traumatic brain injury – or TBI – caused by a bump, blow or jolt to the head or an impact to the body, causing the brain to shuffle back and forth within the skull. About 175,000 children are treated in emergency rooms nationwide each year for concussions because of sports-related activities, according to the CDC. They’re especially common in high-impact sports such as football, rugby, ice hockey, soccer, basketball, wrestling and lacrosse.

Over time, repeated concussions can change chemicals and cells in the brain, including those responsible for concentration, problem-solving and mood.

How Are Concussions Diagnosed? 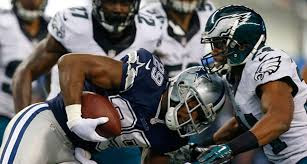 Since concussions are a functional injury and not a structural injury (like a bruise), they cannot be found on X-rays or other scans in the traditional way injuries are evaluated in th

e ER; so the presence of certain symptoms is often used as the determining factor. Not everyone with a concussion will lose consciousness. Therefore, not all symptoms have to be present for a concussion to be diagnosed. That’s why it’s important to report all symptoms to a health care provider, including:

One pupil appears larger than the other
Drowsiness or inability to wake up
Worsening headache that won’t go away
Slurred speech, weakness, numbness or decreased coordination
Vomiting or nausea, convulsions or seizures
Confusion, restlessness or aggressive behavior
Loss of consciousness
Other signs of a concussion include difficulty remembering events that occurred before the hit or fall, an outward appearance of being dazed or stunned, forgetfulness, moving more slowly than usual, clumsy behavior and personality changes such as being easily angered or unable to show emotions.

In the days following an injury, parents need to pay attention to whether symptoms worsen. If they do, kids should go to the emergency room, where the doctor will likely do a series of tests to assess learning or memory skills, attention span and problem-solving skills – which can indicate how serious the concussion is. It’s also crucial not to send players back to the field too soon, where they could get hit again and suffer another concussion. Depending on each athlete’s situation, it could be necessary to wait days, weeks or even months to return to playing. Your child’s doctor will make a recommendation based on the circumstances.

The truth about concussions is this: severe, repeated TBI – like suffering multiple concussions – can result in long-term cognitive changes. However, the long-term effects of concussions remain unclear.  If a child has just one concussion throughout his or her playing years, and it’s managed with adequate rest, he or she should fully recover. However, if there are repeated concussions or TBI, parents have more reason to worry, says Dr. Bennet Omalu. In 2005, the forensic pathologist was the first to discover and publish findings related to chronic traumatic encephalopathy in American football players. His discovery of CTE is the subject of the film “Concussion,” starring actor Will Smith.

Chronic traumatic encephalopathy is a progressive degenerative disease of the brain that’s now been found in 87 deceased NFL players and a plethora of others athletes, like boxers, who have a history of repetitive brain trauma. Over time, blows to the head from boxing, mixed martial arts, wrestling, rugby, American football and ice hockey – with or without a helmet – can cause these traumatic brain injuries, he says. “There is no helmet technology today that would prevent the brain from bouncing around inside your skull,” Omalu says.

While one concussion won’t lead to CTE, the disease develops over time in people who suffer multiple brain injuries or concussions. Changes in the brain caused by the disease can surface up to decades after someone last suffered a brain injury, Omalu says.

It’s still unclear how common CTE is because research is in its infancy. Plus, CTE can only be confirmed after death. What Omalu and other researchers do know is that the disease is triggered by head trauma, which permanently changes part of the brain known to trigger memory loss, confusion, impaired judgment, impulse control, aggression, depression and progressive dementia.

“The advice to the consumer is to mitigate your risk,” Omalu says. “Do not intentionally expose yourself to activities that would expose your brain to repeated blows.” 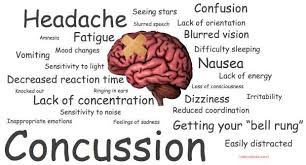 A Call for Action

There is currently a push advising officials and coaches to develop better training and enforcement of rules surrounding tackling in youth football, and encourage a greater presence of athletic trainers on the sidelines.

There’s a significant amount of concussions and even catastrophic injuries due to illegal play, particularly in spear tackling when a defensive player lines up their body like a battering ram and hits another opponent with the head.  Currently, there’s a tolerance of blows to the head, in football particularly. No cheap shots!  Now you know the truth about concussions, use this information wisely!