Dietary fats are a crucial component of a healthy diet, but the devil’s in the details, and the type of fats you choose can make a world of difference. Replacing dangerous oils with healthy fats is one simple way to boost your health and reduce your risk of chronic disease.  Stay tuned for the top 13 reasons to replace dangerous oils with healthy fats.

Trans Fat — A Hidden Culprit in Heart Disease for Decades

Before 1900, American housewives used lard and butter for cooking. It wasn’t until 1911 that our diets experienced a dramatic change with the introduction of trans fat in the form of Crisco, the first hydrogenated vegetable oil product to hit the market.

Trans fats became a staple dietary fat with the introduction of processed foods, and could be found in everything from cookies and crackers to french fries and frozen food. Unfortunately, it would take more than a century for the truth about trans fat to be fully recognized. The U.S. Food and Drug Administration (FDA) didn’t remove partially hydrogenated oils from the generally recognized as safe (GRAS) list until 2015, based on evidence suggesting their removal could prevent thousands of heart attacks and deaths each year.

Research by Fred Kummerow, dating back to 1957, showed that trans fat interferes with the basic functioning of cellular membranes. Even small amounts of manufactured trans fat have been shown to have adverse effects on your heart, insulin sensitivity and neurological system.

And now, the top 13 Reasons to Replace Dangerous Oils with Healthy Fats

In response to research and public opinion, many restaurants have since turned from partially hydrogenated oils to 100% vegetable oil. However, while these oils do not have trans fats, they’re just as bad, if not worse. There are 3 significant reasons for this:

1. When heated, vegetable oils degrade to extremely toxic oxidation products, including cyclic aldehydes, which have been linked to neurodegenerative diseases and certain types of cancer.

2. Vegetable oils are a concentrated source of omega-6 linoleic acid, which has led to a severe imbalance between the omega-6 to omega-3 ratio in most people’s diets.

3. Many of the vegetable oils produced today — especially corn and soy — are products of genetic engineering (GE) and a significant source of glyphosate exposure, and glyphosate has also been linked to gut damage and other health problems

4. Creating high amounts of oxidation products when used in cooking (as they are very susceptible to heat), including aldehydes, which are what cause oxidized low-density lipoprotein (LDL) associated with heart disease. Aldehydes also crosslink tau protein and create neurofibrillary tangles, thereby contributing to the development of neurodegenerative diseases.

5. Damaging the endothelium (the cells lining your blood vessels) and causing an increase in penetration of LDL and very low-density lipoprotein (VLDL) particles into the subendothelium. In other words, these oils get integrated in your cell and mitochondrial membranes, and once these membranes are impaired, it sets the stage for all sorts of health problems.

6. Damaging your mitochondria and DNA by making your cell membranes more permeable, allowing things to enter that shouldn’t. 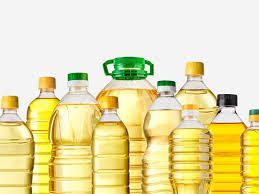 8. Inhibiting cardiolipin, an important component of the inner membrane of your mitochondria that is an important signaler in apoptosis (cell death) …a crucial function that would help get rid of dysfunctional cells that could possibly turn into cancerous cells.
9. Inhibiting the removal of senescent cells, i.e., aged, damaged or crippled cells that have lost the ability to reproduce and produce inflammatory cytokines that rapidly accelerate disease and aging.
10. Stripping your liver of glutathione (which produces antioxidant enzymes), thereby lowering your antioxidant defenses.
11. Inhibiting delta-6 desaturase (delta-6), an enzyme involved in the conversion of short-chained omega-3s to longer chained omega-3s in your liver.
12. Exposing you to toxic 4-hydroxynonenal (4HNE), which forms during the processing of most vegetable oils, even if the oil is obtained from organic crops. 4HNE is highly toxic, especially to your gut bacteria, and consumption of 4HNE has been correlated with having an obesogenic balance of gut flora. It also causes DNA damage and instigates free radical cascades that damage your mitochondrial membranes.
13. Exposing you to glyphosate residues, as most vegetable oils are made with genetically engineered crops. Glyphosate has been shown to disrupt the tight junctions in your gut and increase penetration of foreign invaders, especially heated proteins, which can cause allergies.

Getting back to cooking oils, if vegetable oils are “out,” what should you use to cook with? Healthy alternatives include:

•Coconut oil — A great cooking oil. It has a number of valuable health benefits, including a positive effect on your heart and antimicrobial properties. It’s also a great source of energy, thanks to its medium-chain fatty acids (MCFAs). When consumed, the MCFAs are digested and converted by your liver into energy that you can immediately use. Coconut oil also helps stimulate your metabolism to encourage a healthy weight profile.

•Organic ghee, which has been used for cooking for thousands of years, is another good choice.

•Olive oil — This oil contains healthy fatty acids that can help lower your risk of heart disease. While the standard recommendation has been to avoid using olive oil for cooking and to only use it cold, recent research in which 10 popular cooking oils were compared, contradicts this advice, showing extra-virgin olive oil actually scored best for both oxidative stability and lack of harmful compounds produced when heated.

(A word of caution is warranted, however. Fake olive oil abounds, so it’s important to take the time to investigate your sources. Tests reveal anywhere from 60-90% of the olive oils sold in American grocery stores and restaurants are adulterated with cheap vegetable oils or nonhuman-grade olive oils, which are harmful to health in a number of ways.)

Peanut oil and sesame oil are two other healthy options. While both are high in omega-6, peanut oil is high in antioxidants, and sesame oil has been shown to benefit diabetics. The caveat with these two oils is that you need to consume them unheated and in moderation, so as not to throw off your omega-6 to omega-3 ratio.

And the winner goes to… 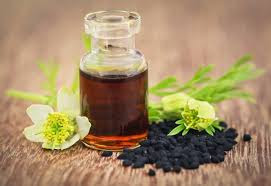 Black seed (Nigella Sativa) oil is another exceptional fat with a long history of use in traditional systems of medicine, including Ayurveda and Siddha. The most abundant active plant chemical in black seed is thymoquinone; other bioactive compounds include α-hederin, alkaloids, flavonoids, antioxidants and fatty acids.

As for its antioxidant activity, black cumin seed has been found to be far more potent than vitamin C. In modern times, researchers have confirmed Nigella Sativa may be helpful for:

• Type 2 diabetes — In one study, Nigella sativa improved glucose tolerance as efficiently as metformin. It’s also been shown to improve the performance of antidiabetic medication

• Reducing asthma symptoms — In one study, thymoquinone was found to be instrumental, by reducing two inflammatory mediators of asthma and other inflammatory processes.

• Another study found black cumin seed also acts as a relaxant, and displays both anticholinergic (reducing spasms in smooth muscle) and antihistaminic (blocking allergic reactions) effects. Here, thymoquinone was found to be superior to the asthma drug fluticasone (a synthetic glucocorticoid)

• Protecting against and attenuating aflatoxicosis

Black seed oil has at least 20 different pharmacological actions, which helps explain how it can be useful for so many different and varying ailments, including:

How to Use Black Seed Oil

Black seed oil is a highly undervalued and oft-forgotten kitchen staple. When used in cooking, it imparts a warm, slightly bitter flavor that tastes something like a blend of thyme, oregano and nutmeg.

A mixture of black seed oil, honey and garlic also makes for a powerful tonic that can help soothe coughs and boost immunity, especially during cold and flu season or if you feel like you’re coming down with an infection.

Like all seeds, black seed oil is high in polyunsaturated fats. So, when taken in excess, it could make your mitochondrial membranes more susceptible to oxidation. 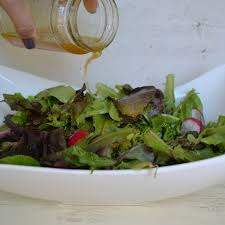 For this reason, limit your daily intake to 1 to 2 tablespoons or less. A simple way to get a small amount of black seed oil into your diet on a regular basis is to use it in your homemade dressing. Here are a few suggestions:

Mix apple cider vinegar, black seed oil, fresh lemon juice, cilantro and tahini. Experiment with the ratios to enhance the flavor you enjoy the most

Alternatively, you can use apple cider vinegar and/or black seed oil as substitutes for other oils and vinegars in whatever dressing recipe you’re already using. Keep in mind that the black seed oil does have a spicy kick to it, so substituting the full amount may make it too spicy. Start by adding just a small amount, and experiment to find the ratio of vinegar, olive oil and black seed oil you enjoy.

Optimize Your Health by Selecting the Right Fats

The list below, obtained from Dr. Cate Shanahan, author of “Deep Nutrition: Why Your Genes Need Traditional Food,” summarizes some of the best and worst fats found in our modern diet. Replacing the bad fats in your diet with ones from the “good” list is a simple way to safeguard your health without making any radical changes. 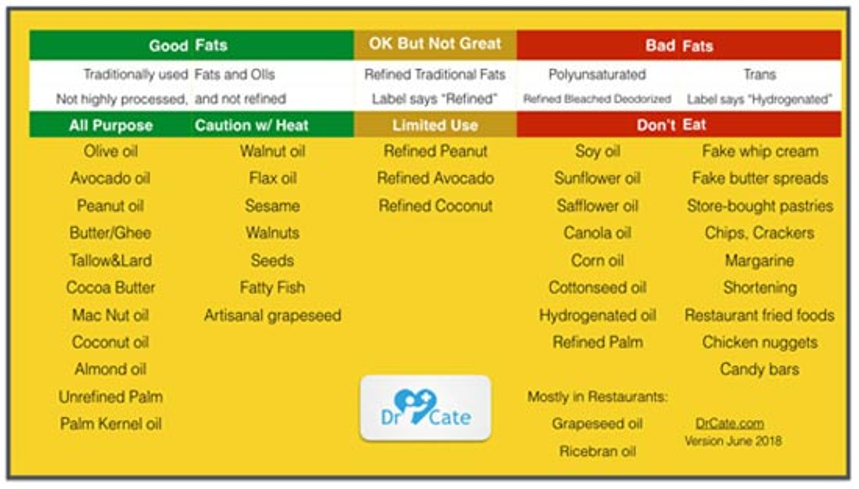 Do you want to learn even more about black seed oil?  Click here

Click here for a delicious healthy recipe where you can incorporate healthy oils into an amazing salad!

We hope you’ve enjoyed this post on the top 13 Reasons to replace dangerous oils with healthy fats, for even more, visit us here to learn how to propel your overall health and wellness even further!