The paleo diet has become a well known buzzword in health communities everywhere. So what is the paleo diet and why is it so popular?

Is the Paleo diet, an eating plan modeled on prehistoric human diets, right for modern humans?

A paleo diet is a dietary plan based on foods similar to what might have been eaten during the Paleolithic era, which dates from 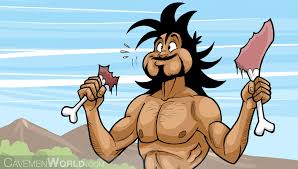 A paleo diet typically includes lean meats, fish, fruits, vegetables, nuts and seeds — foods that in the past could be obtained by hunting and gathering. A paleo diet limits foods that became common when farming emerged about 10,000 years ago. These foods include dairy products, legumes and grains.

Purpose of the pale diet

The aim of a paleo diet is to return to a way of eating that’s more like what early humans ate. The diet’s reasoning is that the human body is genetically mismatched to the modern diet that emerged with farming practices — an idea known as the discordance hypothesis.

Farming changed what people ate and established dairy, grains and legumes as additional staples in the human diet. This relatively late and rapid change in diet, according to the hypothesis, outpaced the body’s ability to adapt. This mismatch is believed to be a contributing factor to the prevalence of obesity, diabetes and heart disease today.

Details of a paleo diet

Recommendations vary among commercial paleo diets, and some diet plans have stricter guidelines than others. In general, paleo diets follow these guidelines.
What to eat:
What to avoid:

Here’s a look at what you might eat during a typical day following a paleo diet:

A number of randomized clinical trials have compared the paleo diet to other eating plans, such as the Mediterranean Diet or the Diabetes Diet. Overall, these trials suggest that a paleo diet may provide some benefits when compared with diets of fruits, vegetables, lean meats, whole grains, legumes and low-fat dairy products. These benefits may include:

However, longer trials with large groups of people randomly assigned to different diets are needed to understand the long-term, overall health benefits and possible risks of a paleo diet. 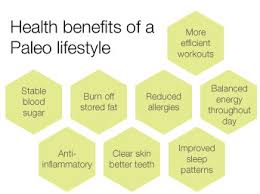 These foods not only are considered healthy but also are generally more affordable and accessible than such foods as wild game, grass-fed animals and nuts. For some people, a paleo diet may be too expensive.

Questions about the paleo diet hypothesis

Researchers have argued that the underlying hypothesis of the paleo diet may oversimplify the story of how humans adapted to changes in diet. Arguments for a more-complex understanding of the evolution of human nutritional needs include the following:

Variations in diet based on geography, climate and food availability — not only the transition to farming — also would have shaped the evolution of nutritional needs.

Archaeological research has demonstrated that early human diets may have included wild grains as much as 30,000 years ago — well before the introduction of farming.

Genetic research has shown that notable evolutionary changes continued after the Paleolithic era, including diet-related changes, such as an increase in the number of genes related to the breakdown of dietary starches.

A paleo diet may help you lose weight or maintain your weight. It may also have other beneficial health effects. However, there are no long-term clinical studies about the benefits and potential risks of the diet.

You might be able to achieve the same health benefits by getting enough exercise and eating a balanced, healthy diet with a lot of fruits and vegetables.

A note from Dr. K – It really is that simple!! Every diet plan or style of eating is not for every BODY, trying different things and finding what works best for YOU is key. But this Paleo Diet is a great guideline for overall healthy eating.  Variety, colorful, fresh, nutrient dense, easy, and tasty…my two cents on being able to actually stick to and enjoy healthy eating!

If you want to learn more about the paleo diet, check this article out!

We also have so many awesome recipes that are Paleo based on our website! Check those out here.